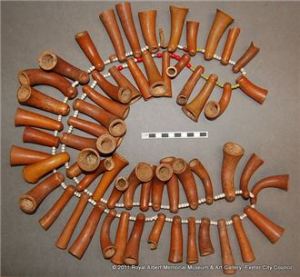 About 6,500 newly digitised objects from University College London and the University of Reading’s diverse museum collections are now openly accessible to students, teachers and the public at large. This includes us!

I’m happy to announce that we have a time and date for the session “Character Through Costume: Production Research and Costume Design for Film and Television,” at this year’s ARLIS/NA conference in Pasadena. It will be Sunday, April 28, from 11:00am-12:00pm. Our two speakers are Anne Coco, Graphic Arts Librarian at the Margaret Herrick Library of the Academy of Motion Picture Arts and Sciences, and Bobi Garland, Director of the Western Costume Research Library and Archive, and I will be moderating what promises to be a lively discussion. Mark your calendars, hope to see you there!

I need a citation for Patrick McCarthy’s (1984?) article in WWD in which he wrote the following about Marithe + Francois Girbaud’s jeans:

“They are the hottest thing in France.”

“Even though fashion is obviously very commercial, it’s important to have a voice.”
Olivia Gideon Thomson, in: Interview Part 2 (see below)

i would like to draw your attention to an exhibition with selected works of the Dutch (fashion) photographer Viviane Sassen.

For those who cannot come to Amsterdam to see the exhibition there is no reason to despair: 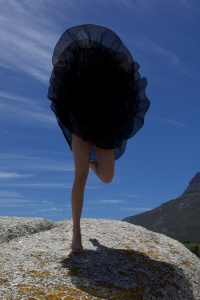 I sense that the WordPress blog invitation I send to new members has a procedure that’s somewhat less than straight-forward, so let’s try something else…

Have a look at this YouTube video, and follow the steps to set up a login (username & password) and follow our blog.  (I.E.  Not the St. Peter Middle School Blog shown in the video.)  😉

Once you’re logged in, and you’re following our blog, and on our blog page, you should be able to post easily via your DASHBOARD (select NEW POST, then write your post, then select PUBLISH.)

Please let me know if this all clarifies things, or if I need to try something else to help you.